Everything connects in the business HQ. This is where the BMC directors sit. Supported by the board of trustees and supervisory board, this is where projects are conceptualised, events planned and day-to-day business optimised.

TEAM SUPERVISORY BOARD BOARD OF TRUSTEES 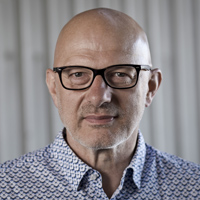 Olaf Kretschmar has joined the music business after studying philosophy and marketing in the early 90s and “co-invented the club culture in Berlin” (Berliner Zeitung April 2007). In 2007 he co-founded the Berlin Music Commission eG (BMC). Since 2008 he has been the Cluster Manager and since 2011 the CEO of the Berlin Music Commission. Later on, in 2009, Olaf Kretschmar was the initiator of the Berlin Music Week and a year later Chairman of the organizing committee of the Berlin Music Week. From 2010 to 2012, he also organized the campaign “Music Berlin 2020”, whose primary objective was the preparation and establishment of the Musicboard Berlin. In 2014 he established together with many colleagues of the BMC the so called competence center – music industry, is co-founder of the listen to berlin: Awards 2015 and the music business conference Most Wanted: Music 2014, for which he is still General Director today. In addition to his work on BMC’s board of directors, he is also involved in the “Jazzbeirat” Berlin, in the presidium of the “Landesmusikrat” and is chairman of “BV Pop”. 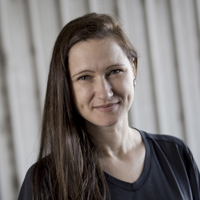 Jana Scheffert is Head of Finance & Operations and advisor of the Management Board at Berlin Music Commission. She is also responsible for member communications and supports BMC‘s projects in the fields of communication, administration and event. Jana is living in Berlin since the late 90s and took part in several music, politics and media related projects. The BMC as central connector between various players in the Berlin music and creative industry, enabled her to get to know the various facets of networking and to help shape the development of the local music business. This in connection with her fascination for the diversity of Berlin and its music scene makes her a great partner for the BMC. 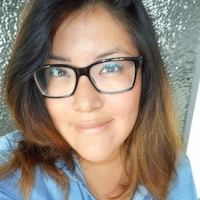 Daniela was born in Quito (Ecuador) and grew up in the beautiful city of Regensburg. Since 2017 she supports the office in various positions. After obtaining her B.A. in Media Management, she stayed with the BMC full-time. Currently she works in the areas of events, communication and administration and is responsible for the musicwomen*network musicBwomen, the internationalization program Music Ambassador and the Instagram account of the BMC. By the way: Since the end of July 2020 she is Georgie’s new dog mom, so future guests in the office can look forward to a new fluffy team member. 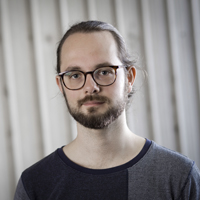 Tim Joppien supports the office with organisational and operational tasks and is especially responsible for the planning and realisation of the events.
Tim previously worked in the area of booking & management, as an assistant at Fritz Unsigned and has been involved in the organisation of various festivals on a voluntary basis for several years. 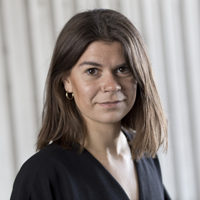 Berit Levita has been responsible for communications at the Berlin Music Commission since 2018 and supports the office in the areas of events and administration. She is currently finishing the Master’s degree in musicology at the Humboldt University of Berlin. 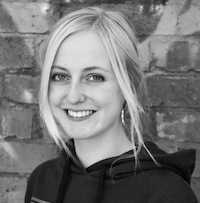 After graduating the university with a bachelor in european ethnology and cultural studies, Alicia completed an internship as a tour production assistant in a booking agency. Immersing deeper into the music industry, she then worked as a club manager, where she discovered her passion for the mix of creativity and organisation. She is now continuing with a masters in communication management. 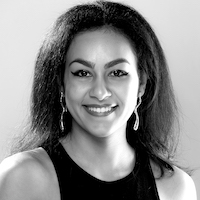 Yara is passionate about developing creative campaigns to move people to do something. Copywriting at an international advertising agency in Dubai and studying film production in Vancouver have brought Yara to her current chapter: pursuing a Bachelors degree in Popular Music at the SRH Berlin School of Popular Arts. Originally from the U.S., Yara is driven by the discipline of advertising, where you have to use your creativity to create a specific result in the real world, whether it’s increasing awareness for a new product or raising donations for important social causes. Yara’s passion is to use her ‘swiss army knife’ of creative mediums to craft messages with an impact. 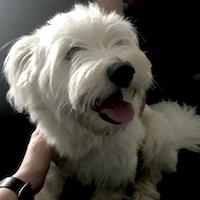 The 2-year-old Terrier-Mix completes the team since July 2020. Georgie is very happy about every new encounter, especially if the person carries something to eat. Don’t let her big eyes wrap you up, she knows how sweet she can look.