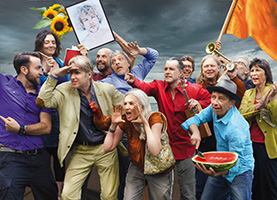 The Berlin based 17 HIPPIES are one of the most innovative acts in the German music scene today. The term world music does not suffice to describe the way in which the band has taken its musical strengths to top form in recent years. Oh, and by the by: don’t bother to count the band members! The number 17 just sounds good and does not necessarily stand for what crosses the mind… or what you might see on stage.

Their repertoire spans more than the sum of all identifiable components. It all started with the idea to take music down to its smallest common denominator, to make it possible for as many muscians as possible to join. Their own story began as collectors of melodies and traditional grooves of their neighbourhood: Balkan tunes and rhythms giving new impulses to their Western rock/pop & jazz background. A mix of music to match each band member. They play a multitude of acoustic instruments to create their unmistakable sound.

The band is truly independent… they manage themselves, own a recording studio, release on their own label and publish with their own publishing company. 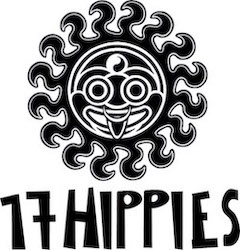