At least in Berlin Election night ensured clear results and only brought up winners: For the fifth time, the listen to berlin: Awards were presented on Tuesday evening in the Alte Münze honouring the most courageous ideas and most innovative players in nine categories. The Berlin Senate and the Musicboard Berlin received a special award for the outstanding and rapid support of the cultural and creative industries in the existence-threatening situation of the pandemic. The awards were accepted by State Secretary Christian Rickerts (Senate Department for Economics, Energy and Businesses) and Katja Lucker (Musicboard Berlin). The appeal to both of them: Please keep up the good work and please do it in close cooperation with the industry! The award ceremony took place without an audience and was streamed live. Those who were unable to make it last night will have the opportunity to watch the listen to berlin: Awards on our YouTube channels (BMC & MW:M).

The Green Music Initiative as a think tank for sustainability, the meanwhile worldwide solidarity streaming project United We Stream, which was founded by the Berlin Clubcommission, Reclaim Club Culture and Berlin Worx, and Frank Zander for his more than 25 years of commitment to the homeless in Berlin are among the winners* of the listen to berlin: Awards 2020, which were presented by the Berlin Music Commission (BMC) under the special conditions of the second lockdown phase on Tuesday evening in Berlin. Since their premiere, the awards have been presented for attitude, courage, innovative strength and special artistic achievements. This year they are thus a particularly important and vibrant symbol of the music industry, which is one of the areas of life and work most affected by the pandemic, but at the same time has reacted very quickly, creatively and innovatively to the often seemingly hopeless situation.

“The year 2020 is and will remain a year of challenges“, was how Ramona Pop, Senator for Economic Affairs and Mayor, summed up the evening’s overriding theme in her laudation. She awarded the newly created Business Prize 2020 for innovative ways of dealing with the crisis to United We Stream, the streaming and fundraising project with which the Berlin Clubcommission reacted within days and with worldwide reverberation to the existence-threatening challenge that Covid-19 represents for Berlin and the international club world. “Because Corona restricts exactly what makes our city so liveable and so lovable: the cultural and creative scene, the music industry, the Berlin clubs are places of freedom and informality. Here people can be together and enjoy life. But it is more than that. This scene is an important economic factor for our city,” Pop continues. “I can only express my greatest respect.” This is why the Senator awarded the prize to the solidary and innovative project, representing an entire cultural and economic scene and people who, with their creativity and solidarity, have at least been given the chance to find their way into the future.

“The past few months have made the competition in our industry recede into the background in favour of a great solidarity,” said Olaf Kretschmar, the managing director and chairman of the Berlin Music Commission, in this context. “That is why not only the first-place winners but all the nominees are big winners of this year’s listen to berlin: Awards, because they are exemplary for courage and confidence even under the most difficult conditions, and they stand for the creative power of music, which is much more than entertainment, namely also the search for meaning, emancipation, identity and social medium,” said Kretschmar.

The award ceremony was moderated by the artist Achan Malonda and Christoph Schrag from Fritz (rbb) in a sensitive and humorous manner. The laudators such as Danielle De Picciotto, Alexander Hacke (Einstürzende Neubauten), Kirsten Meisel (Meisel Musikverlage) or the Member of the Bundestag Stefan Gelbhaar, gave some highly emotional words. Live acts were SIND (winner of the Jury Prize) and Alin Coen (winner of the Audience Prize), whose current songs are featured on the listen to berlin Compilation, which is also released by the Berlin Music Commission. Further live performances were given by uon and Loud Lemons, Breezy and Kechou from Unexpected Sounds, the B-side special edition of the compilation. The most creative music video was the work of Konstantin von Sichart on the song “Singularität” by AFAR.

Ran Huber, the inventor of the amSTARt concert series, was honoured for his untiring services to the promotion and development of the Berlin music scene. The prize for music journalism was awarded to the editors and their freelancers of the programme Tonart by Deutschlandfunk Kultur for their strong opinions on pop-cultural and social topics. The honorary prize was awarded to the legendary Kreuzberg club SO36. In a moving and very personal speech, DJ Ipek paid tribute to SO36: “Probably no other room in Berlin has written more subcultural urban history,” said Ipek Ipekcioglu, who has been a resident DJ there for 22 years. Nanette Fleig and Myriam Kandulski accepted the prize on behalf of the collective, which for 42 years has not only organised events but has also shaped life, love and city history. No sentence could have ended the evening more aptly than Myriam Kandulski’s farewell greeting: “Stay united and leave no one behind!“

We thank you very much for your participation and wish you an exciting MW:M time.

>> See here the overview of the winners* of the listen to berlin: Awards 2020! 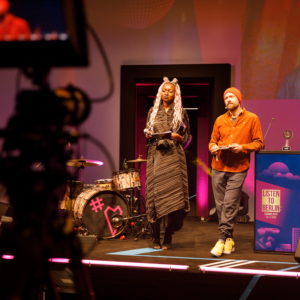 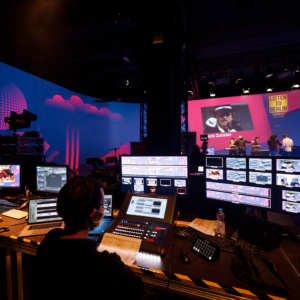 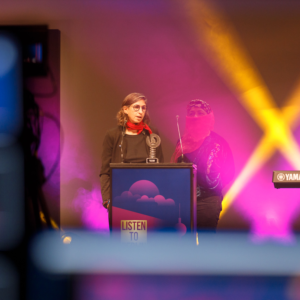 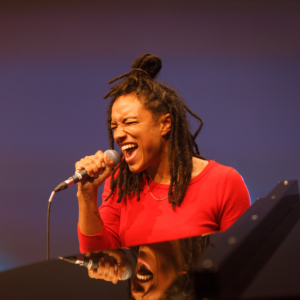 Consultation: Future plans – How and when to approach industry pros
Scroll to top
X
X