The Supervisory Board controls and determines the Board activities

Sören Birke has been managing director of Consense Gesellschaft zur Förderung von Kultur GmbH with the Kesselhaus and Maschinenhaus in Kulturbrauerei Berlin since 2002. As chairman of the supervisory board of the Berlin Music Commission and also as a musician and book author, Birke actively promotes Berlin’s club and music scene. He co-initiated the MUSIC 2020 BERLIN campaign and the MUSIC BOARD BERLIN. He also is co-founder of “CIB – Creative Industries Berlin e.V.“, board member of Pfefferwerk e.V., as well as organizer of the festival “Zungenschlag” at the “Podewil – Center for Contemporary Art” in Berlin. 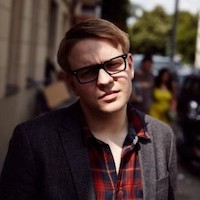 Flo Blokesch, born and raised in Prenzlauer Berg at the Wasserturm, is a true child of the city. Music in Berlin always played a very big role in his life. Therefore, since 2009, this passion turned into a profession, which resulted in his current role as a self-employed music agent and artist manager. His focus is on the digital keyboard of the entertainment industry; in short, the development and alignment of opportunities that will open up for musicians in 2020.  His clients primarily include do-it-yourself musicians, record labels, publishers & distributors. In turn, his specialty is YouTube, which lets him manage many prominent to semi-prominent channels.

Administratively, Flo is at home in the Hamburg home port of BENDITentertainment. This management agency with a focus on music for film and TV, its own publishing house and a range of management services for various artists led Flo to the Berlin Music Commission, the Prize for Pop Culture, the Interessenverband Musikmanager und Consultants e.V. (IMUC), as well as SUISA, GEMA & GVL.

Flo Blokesch ran for the supervisory board to ensure that the interests of responsible digital natives are represented. 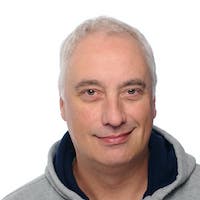 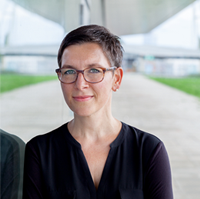 Sybil Franke is Managing Director of Velomax Berlin Hallenbetriebs GmbH (Velodrom and Max-Schmeling-Halle) and has been active in live entertainment (music, sports and leisure) since the early 2000s. She is involved in various associations and networks to publicize the concerns of the live culture scene, which is increasingly coming under pressure. 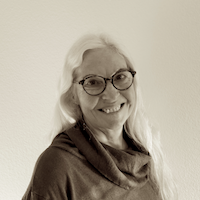 Active in culture since 1985. From 1985 to 1992 as shareholder of STADT-Revue Verlag in Cologne.
Has lived in Berlin since 1992 and was Managing Director of Berlin Connection Medien GmbH and UMM GmbH (national advertising agency for Germany’s city magazines) from 1993 to 2007. From 1999 to 2008, she was also media planner for the legendary cigarette brand NIL.
Since 2004 she has been working as a consultant and controller mainly in the field of theater at BAR JEDER VERNUNFT and TIPI im Kanzleramt.
And since November 2020, she has been one of the spokespersons for the events industry section of the BMC.
Since October 2022 on the supervisory board of the Berlin Music Commission. 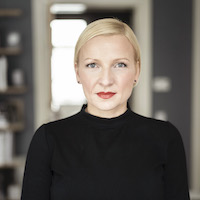 Born in Berlin , Jeannine Koch has been Director of republica GmbH in Berlin since January 2018. Prior to that, she headed the Marketing & Communications Department of the International Garden Exhibition 2017 in Berlin for six years. The graduate media consultant studied, among others, “International Communications” in Sydney-Australia and “English/American Studies & Modern German Philology” in Berlin.

She has already been able to live out her passion for music in many different ways; whether as music editor of various TV and print magazines, as singer of various bands and choirs, as developer of musical media formats and as idea and impulse generator for artist bookings as part of her professional activities. In 2019, she was also a jury member of the Listen to Berlin: Awards.

For ten years now, she has been designing and leading realignments of companies in extensive transformation processes. She is also a trained systemic business coach. 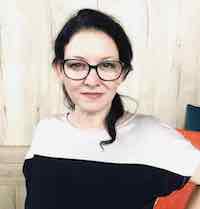 Her professional practice since 2004 includes the identification and application of funding, the supervision and accounting of project funds from the federal and state governments, project support on an international level, as well as the development of EU funding programs and awards as the former German representative of the German music export office German Sounds in the European Music Office, Brussels (2004-2007, Program: ETEP, Award: EBBA). 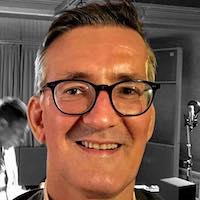 Jens-Markus Wegener, born in Castrop-Rauxel in 1961, started his music industry career in the mid-1980s as a label founder, concert promoter and music journalist for SPEX, taz and MOPO. In 1987 he founded the promotion company Public Propaganda, with which he organized, among other things, three editions of the GDA German Dance Awards at the Reeperbahn in the 90s. With Alster Musikverlag (AMV), founded in 1990, Wegener entered the music publishing business and succeeded with artists and authors such as Deine Lakaien, Unheilig, Echo winner Vivid, Drake songwriter Crada, Oli Nova and Sunrise Avenue.

From 2000 – 2008, Wegener was a member of the board of the German Music Publishers Association (DMV).

With John de Mol’s TALPA MEDIA, Wegener founded the publishing JV AMV Talpa in 2006, which was finally terminated in 2012. Wegener continued AMV’s sub-publishing business under the name AMV Publishing and was appointed CEO of IMAGEM Music in 2013. After IMAGEM was sold to CONCORD in 2017, Wegener left the company and began working as general manager for Berlin-based Meisel Musikverlage in 2018. Since 2021, he has been a senior consultant for Guesstimate Publishing.